Message from the German Presidency

We are honoured to celebrate the 20th Anniversary of the Global Partnership Against the Spread of Weapons and Materials of Mass Destruction, which was launched on the 27th of June 2002 at the Kananaskis G8 summit.

During these 20 years, the Global Partnership’s many contributions to global threat reduction have made the world a safer and more secure place. The G7-led GP with its 31 members has been the chief actor in countering the very real risk that extremely dangerous materials could fall into the wrong hands and that terrorists could acquire the most dangerous of weapons. In its first decade the GP successfully focused on destroying or securing the huge heritage of weapons of mass destruction and/or related materials in Russia and other countries of the former Soviet Union. Over the last decade, the GP has further evolved into a forum for global coordination and implementation of chemical, biological, radiological and nuclear (CBRN) threat reduction projects. By example, GP partners have been at the forefront of responding to chemical weapons use in Syria and in strengthening the capacity of the Organization for the Prohibition of Chemical Weapons (OPCW) to keep pace with evolving chemical weapons threats. The security of nuclear assets and materials has also been increased through GP efforts, including through the series of nuclear security summits between 2010 and 2016. GP members have reached out to new partners and engaged in new fields of action, such as the Signature Initiative to Mitigate Biological Threats in Africa, which was launched in close cooperation with African partners in 2020. This initiative, aimed at strengthening African capacities to prevent, detect and respond to biological threats, has demonstrated its utility during the COVID pandemic.

In view of the close cooperation with Russia in the initial phase of the Global Partnership, the ongoing Russian war of aggression against our fellow member Ukraine and the false allegations levied against GP projects conducted in and with Ukraine are even more regrettable and utterly unacceptable. We reaffirm our full support to our Ukrainian partners. We are determined to continue our successful co-operation and assist Ukraine in all possible ways to counter CBRN risks caused by this war.

We thank all of our members and partners around the world for their tireless effort in reducing the threat of proliferation of weapons of mass destruction. In view of persisting and newly evolving threats we express our strong determination to continue working for the sake of international security and safety. Under the German Presidency we will, inter alia, dedicate further efforts to address biological threats and counter the weaponisation of disease in the framework of the GP. 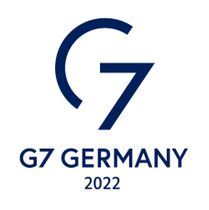