A joint contribution by Germany and France to nuclear disarmament verification

In the framework of the International Partnership for Nuclear Disarmament Verification (IPNDV) some 30 experts from 13 countries gathered at Forschungszentrum Jülich, Germany, in September 2019 to participate in the joint Franco-German exercise “Nuclear Disarmament Verification (NuDiVe)” to test inspection procedures and equipment in the dismantlement of a nuclear warhead under a realistic scenario. The exercise took place within the safety, security and nonproliferation constraints of a fictitious nuclear weapon state using surrogate radioactive material.

At NuDiVe 2022, scheduled to take place from 4-8 April 2022, participants will build on lessons learnt from this exercise and further advance our knowledge on nuclear disarmament verification focusing on maintaining the chain of custody all throughout the dismantlement process in a way that strengthens the confidence and effectiveness of a nuclear disarmament verification regime. The exercise is open to participation from any country interested.

As parties to the Treaty on the Non Proliferation of Nuclear Weapons (NPT), France and Germany share the ultimate goal of achieving a world free of nuclear weapons and general and complete disarmament “under strict and effective international control” as enshrined in Article VI of the NPT.

Whilst a “treaty on general and complete disarmament” can only be achieved when the strategic environment is conducive, its verifiability and verification is a key element. Article VI recalls that obligations under such a treaty would have to be subject to “strict and international control”. More generally, effective verification of disarmament treaties and arrangements is essential to ensure full compliance and build trust between parties. A disarmament treaty is worth nothing if it cannot be thoroughly verified.

In order to contribute to the multilateral effort on nuclear disarmament verification, France and Germany have decided to organize a practical exercise to advance common knowledge and understanding in this domain.

The NuDiVe exercise that took place in September 2019 at Forschungszentrum Jülich (Germany) is an initiative jointly led by Germany and France within the framework of the two countries’ commitment to nuclear disarmament verification. Experts from 13 countries coming from both nuclear-weapon and non-nuclear weapon States participated in the exercise.

The exercise sought to simulate inspection procedures so as to ensure that nuclear materials were not being diverted during the dismantlement of a nuclear warhead which has to be conducted behind closed doors pursuant to non-proliferation obligations. This phase of dismantlement is indeed particularly sensitive, as the chain of custody of a declared item must be broken and the item must be removed by nuclear weapons states from inspection scrutiny in order to respect non-proliferation and national security constraints. At the same time, this must be done in a way that does not hamper confidence in the disarmament process. The NuDiVe exercise thus focused on the procedures and application of relevant technologies that provide sufficient confidence about the absence of diversion of nuclear materials during the dismantlement operation of a nuclear warhead within a treaty-related verification regime. The exercise followed the scheme of a potential multilateral verification treaty, and consequently took into account necessary obligations related to the protection of proliferation sensitive information and national security imperatives.

NuDiVe focused on simulating the inspection procedures to ensure the non-diversion of fissile material during the dismantlement of a – fictional – nuclear warhead. Participants were separated into 3 teams: a team of inspectors, a team from the host national country, and a team of evaluators, in charge of assessing the exercise itself.

NuDiVe gathered experts from all around the world (Australia, Canada, Germany, France, Hungary, Japan, Netherlands, Poland, Republic of Korea, Sweden, Switzerland, the United Kingdom, the United States). In addition to the conclusions made by participants in the inspectors and host teams, a team of evaluators provided an extensive evaluation report, pointing out strengths of the exercise, as well as identifying room for possible improvements. The success of the NuDiVe exercise and its conclusions should encourage further multilateral involvement in nuclear disarmament verification, and provide an in-depth understanding and food-for-thought for future work on the issue.

A second edition of the NuDiVe exercise will take place in 2022 at Forschungszentrum Jülich (Germany). While the scenario and the general framework of the exercise will remain the same, this new edition will take into account the evaluators’ conclusions in order to improve the experience, and will use some different technologies for detection and data management. This exercise will again take place in a multilateral framework, with the contribution of UNIDIR, and numerous countries have already confirmed their participation. They are thereby confirming a common interest to take NuDiVe’s concrete and pragmatic approach on nuclear disarmament verification forward, including within the framework of Article VI of the NPT. 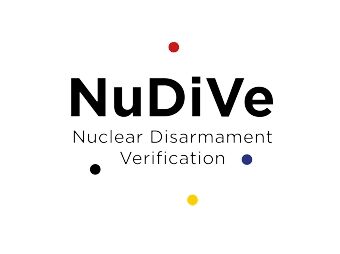