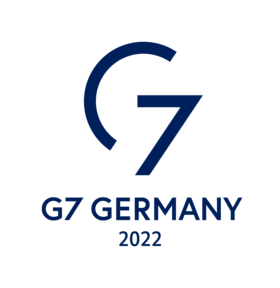 It is a pleasure to welcome you to the Federal Foreign Office.

This conference marks the 20th anniversary of the Global Partnership against the Spread of Weapons and Materials of Mass Destruction, which was launched in June 2002 under the then Canadian G8 Presidency at Kananaskis. At that time, still under the shock of the September 11 attacks, the world was confronted with a very real risk that highly toxic materials could fall into the wrong hands and that terrorists might acquire the most dangerous of weapons. Most of the huge stockpiles of weapons of mass destruction of the former Soviet Union still existed and were often poorly secured. I do not know how many action movies Hollywood has produced in which some lone hero prevented a stolen atomic bomb from being exploded or a deadly poison from being released in a big city. In the less glamorous reality of politics, the lonesome hero was and is the Global Partnership, whose members until today join forces to destroy or secure such weapons and materials.

The Global Partnership is a model for successful preventive security policy, even if we will never know how many tragedies have been averted through the actions taken by its partners. That is always the big unknown with preventive measures. But from all we know about the very serious nature of the threat, the money invested was money well spent. It has made the world a safer place.

The Global Partnership did not rest on its laurels, but continued to address persisting and newly evolving threats, including in the area of biological risks. Global Partnership members have reached out to new partners and engaged in new fields of action, such as the Signature Initiative to Mitigate Biological Threats in Africa. Just in time: When the Covid-19 pandemic hit our societies, the world was suddenly reminded of how devastating the emergence of a new pathogen can be for our societies. Before Covid-19, biological risks may have seemed remote, something for a few experts to take care of. We now know better. They are very real, they ignore borders, and can reach everyone. We must be prepared, not only for new diseases of natural origin, but also for man-made or man-manipulated pathogens. We need to re-examine our safeguards against the possible use of disease as a weapon.

We have reason to fear that this is not just a theoretical threat. With the Biological Weapons Convention there is a global ban on these abhorrent weapons. But the Convention was signed in 1972, just ten years after James Watson and Francis Crick were awarded the Nobel prize for discovering the structure of DNA and starting a revolution in the life sciences. Since then we have witnessed a breath-taking development of the life sciences, which is creating enormous potential for new and more effective therapies and drugs. As always with scientific progress, there is a downside with the risk of abuse and the temptation to test the possibilities for new weapons.

The Biological Weapons Convention of 1972 has not managed to keep pace with the technical and scientific developments. Unlike its younger sister, the Chemical Weapons Convention, it is not backed up by any mechanism to oversee compliance. Its instruments for confidence building and transparency are woefully inadequate. It lacks a mechanism to discuss and react to the challenges posed by the enormous technical advances in the life sciences. It has no instruments to promote cooperation and assistance. It is in urgent need to be made fit for the challenges of the 21st century.

A first attempt to strengthen the Convention through the negotiation of a Verification Protocol failed in 2001. Since then, we have lost 20 years in fruitless debates about whose fault it was. We must make a new and determined effort to strengthen the Biological Weapons Convention in all its aspects. The upcoming Review Conference later this year could be the opportunity to achieve this, to start the necessary modernization process. It is an opportunity we must not waste.

We know, unfortunately, that some countries are not at all interested in achieving this goal. Instead, they take the international disarmament architecture hostage for their isolated and short-sighted political aims. This year’s Review Conference of the Nuclear Non-Proliferation Treaty failed because of the obstinacy of a single country, Russia. Russia is continuing to use highly irresponsible language on the possible use of nuclear weapons in her war of aggression against Ukraine. That same country is leading a malicious disinformation campaign about alleged Western bioweapons in Ukraine, in the desperate and futile attempt to justify its war of aggression. Several members of the Global Partnership have been targeted by this Russian campaign, including Germany with its projects to promote biosecurity in Ukraine. The Russian campaign is a showcase of pure disinformation, with a wild mixture of claims and assertions that do not stand up to any scrutiny. Nevertheless it spreads its poison. Let me be very clear: We will not allow Russia to abuse the Biological Weapons Convention for this purpose.

We will continue our threat reduction activities, whether in Ukraine, Georgia, or in Africa. We are preparing to launch a new phase of our national Biosecurity Programme in 2023. Since the start of that Programme in 2013, Germany has worked with 25 countries to help them reduce biological risks, stemming in particular from endemic diseases and from pathogens that have the potential to be abused in biological warfare. We have helped our partners to raise awareness for such biological risks, to improve the detection and diagnostic capabilities of laboratories, to train health professionals in international biosafety and biosecurity standards, and to be prepared for potential outbreaks. The partners of the German Biosecurity Programme have told us how much the assistance and training in diagnostics delivered under our programme has helped them in coping with the Covid-19 pandemic.

Mauritania, dear Ambassador, is a key partner for us. We are working with our Mauritanian project partners in order to reduce biological risks stemming from endemic diseases. We want to expand our cooperation, both within the country as well as by operating from and with Mauritania as a hub for reaching out into the region. Our cooperation with Mauritania is part of the Global Partnership’s Africa Signature Initiative which has become a major field of engagement with African countries, regional organisations and other stakeholders.

Today, the Global Partnership is no longer the lone hero who must fight the dangers all alone, but a broad coalition of dedicated members and many more partner countries and international organisations doing project work together.

Today, at this Conference, we are bringing in expertise from academia and civil society, from the business community, from health and security experts, to further sharpen our tools and expand our toolbox. This conference shall address a very straightforward question: What are the biosecurity risks that we should be most worried about? I do not want to spoil anybody’s sound sleep at night, but what are the threats that we just cannot ignore, which need our attention and especially action now?

We want to take a look at the scientific side, at challenges stemming from the rapid progress in the biosciences, and at the political side, at possible threats from state and non-state actors.

Once we have identified the most pressing threats, we must look at our options in addressing them. Is there a need for additional action, beyond what we are already doing in the context of the Global Partnership and as parties to the Biological Weapons Convention? What needs to be done? If in the course of this day we all manage to get a clearer picture of this, then I believe this conference has been worthwhile.

In order to take these issues forward, the Global Partnership has adopted a Declaration on Biological Security with concrete commitments for our joint work. We call them the “Berlin lines of action”. As you will see, they reflect the questions we will be discussing today. I call on all of you to participate in implementing these lines of action. We want to ensure that the enormous potential of the life sciences is used for the benefit of humankind, and that diseases will never be used as a weapon.

Thank you for your kind attention.