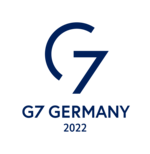 As we are approaching the end of 2022, we would like to thank all members and partners of the Global Partnership against the Spread of Weapons and Materials of Mass Destruction for their active work and for their support during our Presidency.

At a time when progress in disarmament and arms control has become extremely difficult due to the deterioration of the global security environment caused by Russia’s illegal war of aggression against Ukraine, the Global Partnership plays an increasingly important role as an engine for multi-national co-operation to combat CBRN-related proliferation-risks and terrorism. This is why the Global Partnership, twenty years after its establishment, has lost none of its relevance as a key element of preventive security policy.

At the GPWG spring and autumn sessions, we declared our unequivocal support for Ukraine and enhanced our assistance. On 29 March, the Global Partnership issued a Declaration, in which we condemned the Russian Federation’s war of aggression and malign CBRN disinformation campaign against our fellow member Ukraine.

During our Presidency, we focused on biological security. During the GPWG autumn session and Conference on Current Biosecurity Challenges (5–7 October in Berlin), GP members adopted a Declaration on Biological Security (the “Berlin Lines of Action”). That session was the first in-person meeting since 2019, as the pandemic had forced us to hold virtual GP meetings for nearly three years.

We continued the valuable work of the Signature Initiative to Mitigate Biological Threats in Africa, developed and delivered by the Global Partnership in close co-operation with the Africa Centres for Disease Control and Prevention, and were pleased to co-chair two of its four working groups. As the Africa Signature Initiative continues to develop and increase its footprint on the ground, it has the strong potential to serve as a role model for other regions of the world.

During our Presidency, Global Partnership members adopted a new GP logo. Now, this logo is on the GP’s website, newsletters and Twitter account and available for registered members on the GP portal.

We will distribute our Presidency’s Global Partnership Report 2022 at the beginning of next year.

Finally yet importantly, we would like to wish Japan a successful Presidency of the Global Partnership in 2023. We are looking forward to working together with the incoming Presidency.

Best wishes for Christmas and a happy New Year,

End of Year Reflections from Germany as outgoing GP Presidency